I was living in Auburn, Alabama and coming to visit my Mother who was staying with my sister Mary Still, in Tucker, Georgia. Since I would come visit on weekends, Mary invited me to the Tucker Optimist Club meeting that was on Saturday mornings at the local Piccadilly.  I used to be involved with another civic organization and I was very interested in what the Optimist did for kids and their community.  Soon I became a member of the Tucker Optimist Club!  I would leave Auburn, Alabama on Saturday at 5:30 a.m. Central time so I could make it to the 9:00 a.m. Eastern time Tucker Optimist Club meeting. I did this for almost three years until I relocated to the Atlanta area.

Mary has helped me grow so much through Optimist.  Since January 31, 2012, I have served as District PGI Chair two times, currently I’m serving as President of the Tucker Optimist Club for the third time, President of Hope 4 Kids for the second time, District Optimist International Foundation Representative and District Social Media Chair.  In the 9 years I have also served as a Lt. Governor twice, President of the YaYa Xpress Optimist Club, was treasurer of the YaYa club and a NCB Field Representative since 2016. I have traveled to many Optimist International Conventions with Mary.

Thank you Mary Still for introducing me to the Optimist organization.

Become a member of Optimist International! Develop a more positive, fulfilling outlook on life! Membership provides you with exclusive access to an organization dedicated to helping you become a better person.

Register in advance for this meeting: https://us02web.zoom.us/meeting/register/tZcvduGqqDkpHNLxdYKfFyeJEPVg-uxpaKBl After registering, you will receive a confirmation email containing information about joining the meeting.

To register to give blood please click here https://www.redcrossblood.org/give.html/donation-time

To volunteer to help email President@tuckeroptimistclub.org

Optimist Club of Tucker in conjunction with Optimist International invite YOU to SHOW US! Children ages 11 and younger are invited to enter our Visual Arts contest with a painting or drawing depicting what makes them happy. Youth ages 12-18 are invited to show us their optimism by choosing a line from the Optimist Creed and bringing it to life in a photograph. Applications can be downloaded at optimist.org/member/activities1.cfm

March 20, 2021 is the International Day of Happiness. To celebrate this day, the Tucker Optimist Club is helping the community and the kids of Tucker with a virtual and drive by Food and Diaper Drive for Networks Cooperative Ministry. Let’s put smiles on lots of faces in Tucker! 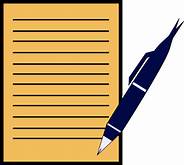 For a copy of the 2021 Essay Contest Handout:  https://www.optimist.org/Forms/20-21_Essay_Application.pdf

The Essay Contest is sponsored by Optimist International to give young people the opportunity to write about their own opinions regarding the world in which they live. The approach can encompass a young person’s personal experience, the experience of their country or a more historical perspective. In additional to developing skills for written expression, participants also have the opportunity to win a college scholarship!

This contest is open to students under the age of 19 as of October 1, 2020  and who have not yet completed secondary school or its equivalent. There is no minimum age. Essays must be typewritten and double-spaced and contain not less than 700 and no more than 800 words. Works of fiction or poetry are not eligible.

Club winner advances to the Zone contest to compete.

What Optimist Clubs Do

Optimist Clubs are dedicated to “Bringing Out the Best in Kids” and do their part through community service programs. Since each Club is autonomous and run by members in their community, Optimists have the unique flexibility to serve the youth of their area in any way they see fit. Optimist Clubs see a need in their community and react to it.
Optimist International officially sponsors several International Programs: the Childhood Cancer Campaign, Internet Safety, the Optimist International Junior Golf Championships and the organization’s scholarship contests (Essay Contest, Oratorical Contest and Communication Contest for the Deaf and Hard of Hearing). In addition, Optimist International encourages involvement in several other community activities:
Respect for Law/Promotion of Non-Violence
Youth Appreciation
Youth Safety
Optimists conduct 65,000 community service projects each year, spending $78 million in their communities. Annually, six million kids are positively affected by Optimist programs.
Some of the ways the Tucker Optimist Club helps the kids in Tucker:
Holiday food baskets
Oratorical Contests and Essay Contests
Tucker Day Parade
“Smart Lunch — Smart Kids”  and “Lunch Buddies”
Our big fundraiser is a barbecue we have twice a year!
Come join us.  Check the events calendar on this page for the next meeting.  We currently meet by Zoom.  Let’s do more for the kids of Tucker!  Bring your ideas and join us for great fellowship, great cause, great fun with a great club!
Kathy Forster

Thank you to all who came out and supported the Tucker Optimist Club Barbecue on Saturday, June 8.

Even with the rain it was a successful barbecue. We think the pork was the best ever.

If you missed it, we will be having another one around the first week in November.

Each year the International Day of Peace is observed around the world on 21 September. The UN General Assembly has declared this as a day devoted to strengthening the ideals of peace, both within and among all nations and peoples.

The theme celebrates the 70th anniversary of the Universal Declaration of Human Rights.
The Universal Declaration of Human Rights is a milestone document in the history of human rights. Drafted by representatives with different legal and cultural backgrounds from all regions of the world, the Declaration was adopted by the United Nations General Assembly in Paris on 10 December 1948 as a common standard of achievement for all peoples and all nations.
The Universal Declaration – the most translated document in the world, available in more than 500 languages – is as relevant today as it was on the day that it was adopted.
See more at:
http://www.un.org/en/events/peaceday/?platform=hootsuite

The International Week of Service is a chance for service organizations around the globe to partner with one another to make a big difference in their communities.

Participating is easy! Invite another local service organization to help with your previously scheduled service project during the last week of March, or start working with an organization and plan an event together. Make sure to share all your photos and stories with us below and on social media by using the hashtag: #WeekofService2017

Bringing Out The Best In Kids